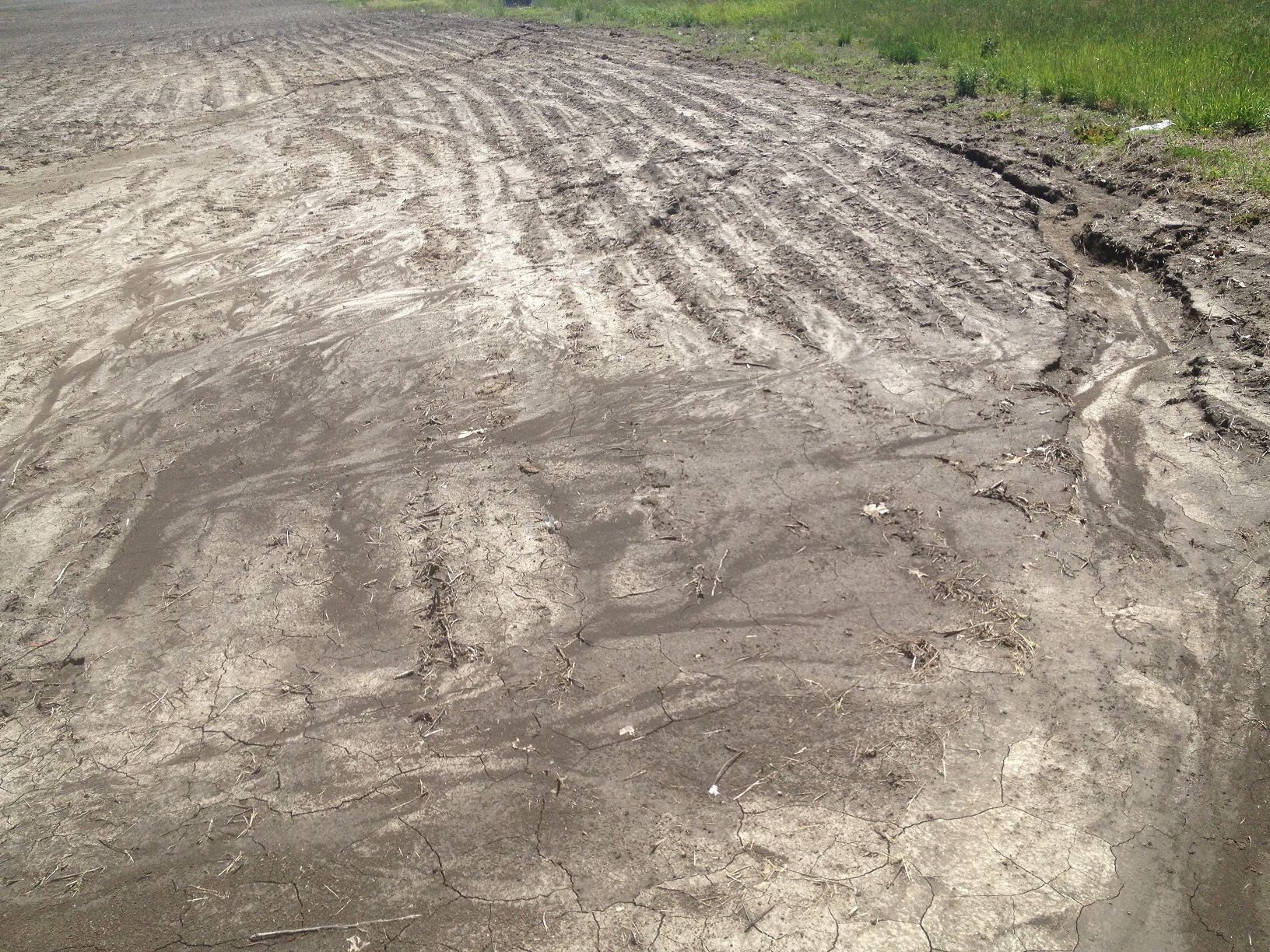 Millions of acres enrolled in the Conservation Reserve Program expire every year, and people are left with a choice, to either leave the land in grass and pasture or hay it, or to convert it into cropland. People who have converted CRP land back into crops have often experienced favorable crops for a few years, then after the organic matter was depleted again they soon learned why the land was enrolled in CRP in the first place: it wasn’t very good cropland, and unfortunately a decade or two in grass didn’t change that.

But doesn’t native grass improve soil? Why isn’t CRP land substantially better than it was before?

It is true that native grasses can greatly improve soil, but they are not a stand-alone solution. There are a few other components that are essential for a good soil building process, and these other components were rarely incorporated into CRP plantings. Luckily, though, the components I recommend adding to a CRP stand to rapidly make better soil are the same ones I recommend to make better pasture. Whether your long term goal is to convert CRP into cropland or to use it as pasture or hay, the route to more long term success is the same. Add a few critical components, pasture for a few years, then change to whatever management method you want after the grass and soil improve. So without further ado, here are the missing critical components to change CRP into productive grassland, and eventually productive soil.

Soil organic matter is 5% nitrogen and .5% sulfur. To raise the organic matter level from 1% to 2% on the top 6 inches of soil on an acre requires an addition of 20,000 pounds of organic matter, which contains 1000 lbs of nitrogen and 100 pounds of sulfur. In a monoculture of grass, where did you think that nitrogen was going to come from? That is why I strongly recommend incorporating a legume, or several legumes, into CRP stands to produce biological nitrogen. Applying commercial synthetic fertilizer is also an option, but a costly one which is seldom economical. Not all legumes are compatible with native grass. Red clover, for example, is highly competitive against native grass. Sweetclover is highly successful in native grass but can also be highly competitive unless the grass is pastured hard in early summer (intensive early stocked) and rested in late summer. One of the best legumes to interseed into native is alfalfa, at just 1 or 2 pounds per acre. Too much alfalfa can also be too competitive against the grass, and 1 or two pounds an acre is plenty to provide nitrogen and protein to a stand. Pasturing alfalfa requires rotational grazing for both bloat management and plant persistence, so be sure to make that commitment to management before going making that choice. Other options include white clover and Korean lespedeza (a distant relative of the noxious weed sericea lespedeza; Korean is palatable and non-invasive) which are not as productive as alfalfa or sweetclover but are also noncompetitive with the grass.

Nitrogen can be added by legumes, but sulfur cannot. It might take applications of elemental sulfur to boost soil levels of sulfur to allow increases of soil organic matter. Soil tests can help determine sulfur needs.

Mycorrhizal fungi are a critical part of native prairies, and most prairie species really struggle in the absence of mycorrhizal fungi. Mycorrhizal fungi live partially inside plant roots, but most of the fungus extends out into the soil as much as two feet past the root system and function to access water and mineral nutrients which they bring back to the host plant. They are truly natures drought tolerance and fertilizer acquisition mechanism. These fungi require a live plant root to survive, and when the land is converted to crops and a fallow system is part of the crop rotation, these essential fungi starve out. It is the absence of mycorrhizal fungi on old cropland that causes native grasses to be so slow developing, rather than something inherent in the native grasses themselves. Native grasses can establish just fine in one growing system with inoculation of mycorrhizal fungi rather than the commonly stated three seasons without.

Not only does mycorrhizal fungi perform essential water and nutrient uptake for prairie plants, it also has another essential function. The fungal hyphae that extend out into the soil exude a lubricant called glomalin, which is the most powerful soil aggregating agent known to science. This is the most persistent component of soil organic matter and will help retain soil structure and organic matter levels long after the plant/fungal relationship that produced it is gone. If you want long-lasting soil organic matter in addition to a productive stand of grass that can withstand drought, then inoculate the stand with mycorrhizal fungi.

Critical component #3: Ruminant livestock were one of the key features of the prairie and are essential to its function.

The surest way to kill native grass, other than glyphosate or deep plowing, is to shade it out and prevent sunlight from reaching the newly emerged leaves in spring. This is exactly what can happen in a CRP stand where the old, dormant residue is not removed every spring. In nature, removal of old grass residue happened one of two ways: it was either grazed off or burned off.  Some people are hesitant to burn CRP stands because they see all that old residue going up in smoke as a loss of potential soil organic matter. But that old residue does not contribute to soil organic matter if it rots on the ground. It is so low in protein (ie nitrogen) that it cannot make much organic matter upon decay. Long term studies show that ungrazed prairie areas that are annually burned have higher organic matter levels in the soil than unburned areas, because the exposure of new tillers to sunlight in the burned areas allows the plants to produce more photosynthesis and root exudates to build soil organic matter. So, yes, counterintuitive as it is, fire can enhance soil organic matter levels in prairies.

But what if there were a way to convert all that very low protein dormant grass residue into organic matter? This is where adding the high protein legumes and livestock comes in. A ruminant can eat a bite of high protein legume along with a bite of dormant native grass and ferment it in the rumen and excrete it as manure, which turns into soil organic matter far more efficiently than the old grass residue. Therefore, adding legumes to the stand not only adds growing season forage it can also make winter grazing a more viable option on expired CRP. How much additional money can grazing expired CRP generate in winter save versus feeding hay instead and just leaving that old residue on the ground? While fire is cheap, winter grazing can be much more economical by saving on hay feeding.

In summary, the solution to making expired CRP land much more productive than it is upon expiration is to interseed some legume seed (as well as some forbs such as chicory and plantain) that is inoculated with mycorrhizal fungi, and pasture the mixture while you watch the grass and soil improve each and every year!