Regenerating the Land with Bison 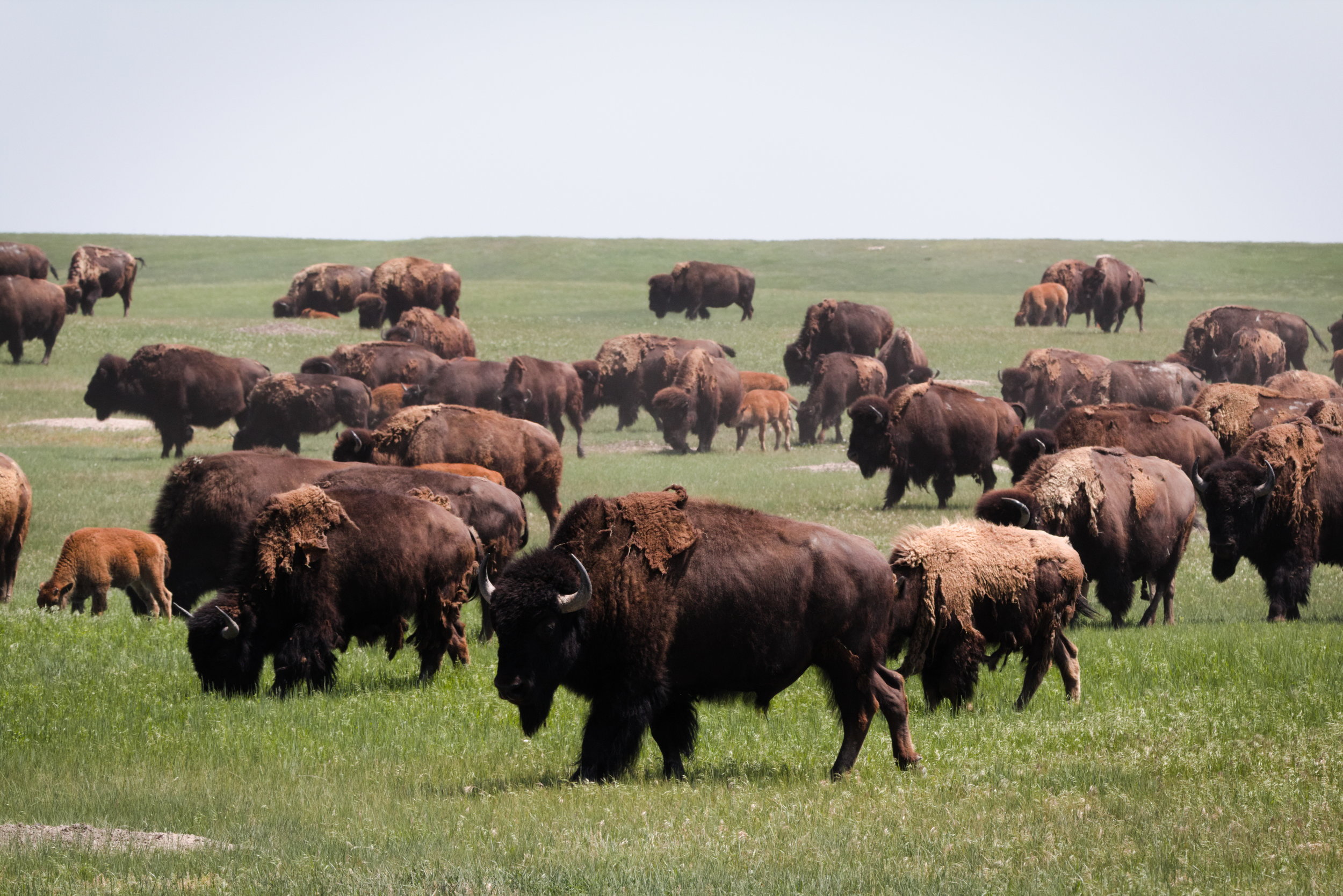 Regenerating the Land with Bison

Karen and Marty Bredthauer of Straight Arrow Bison have been raising bison on native grassland prairie in Nebraska for 28 years. Their initial draw to raising bison grew from a deep understanding of the benefits that the bison bring to the land, the stewards who have the honor to work with the animals and the people who consume the meat.

“We are a family owned business dedicated to caring for the land. We depend on it to provide us with healthy animals (i.e. delicious meats) to optimize your health and wellness. Our bison are raised in their natural habitat on the plains of central Nebraska with plenty of fresh air, sunshine and clean water. The herd grazes on native grasses year-round, supplemented with prairie hay when the grass is not sufficient to meet their needs. Calves are left in the herd until they are ready for harvest. This helps maintain the “family” social structure which is instinctive in bison. The animals are kept healthy by adding apple cider vinegar to their water source, which acts as a natural parasite control and enhances their digestive and immune systems.”

In order to raise healthy animals, Karen and Marty knew they had to focus on the health of the soil. In 2016 they began working with Lance Gunderson of Regen Ag Lab to gain a more in-depth understanding of their soil through soil testing. In 2014 their soil organic matter was measured at 1.8%. Their last test which was done in 2020 measured some areas at 5% soil organic matter. The implementation of rotational grazing and the complete absence of chemical inputs has lead to this increase in soil organic matter on their operation!

Their bison herd currently consists of 23 mature cows, 2 herd bulls, 20 two year olds, 20 yearlings and 20 new calves. The entire herd grazes together, rotating every 3-4 days between 15 different paddocks, roughly 20-30 acres in size. Karen said that this year, the grass is actually outpacing the bison! The bison have been trained to move into new paddocks when it is time but intuitively, they will stay in a paddock until there is not enough grass left to support the herd, then they move on.

Their rangeland consists of native prairie grasslands, where at least 20 different species of grasses and forbs can be identified. Part of the Bredthauer’s conservation plans has been planting forbs such as wild plum, chokecherry, elderberry and buffalo berry in areas where erosion has occurred. The addition of these forbs has greatly increased the amount of vegetation in these areas, thus, mitigating risk for further erosion.

Straight Arrow ships bison meat and other bison products all across the country through their online store. They also sell in Nebraska from their Mobile Cabin!