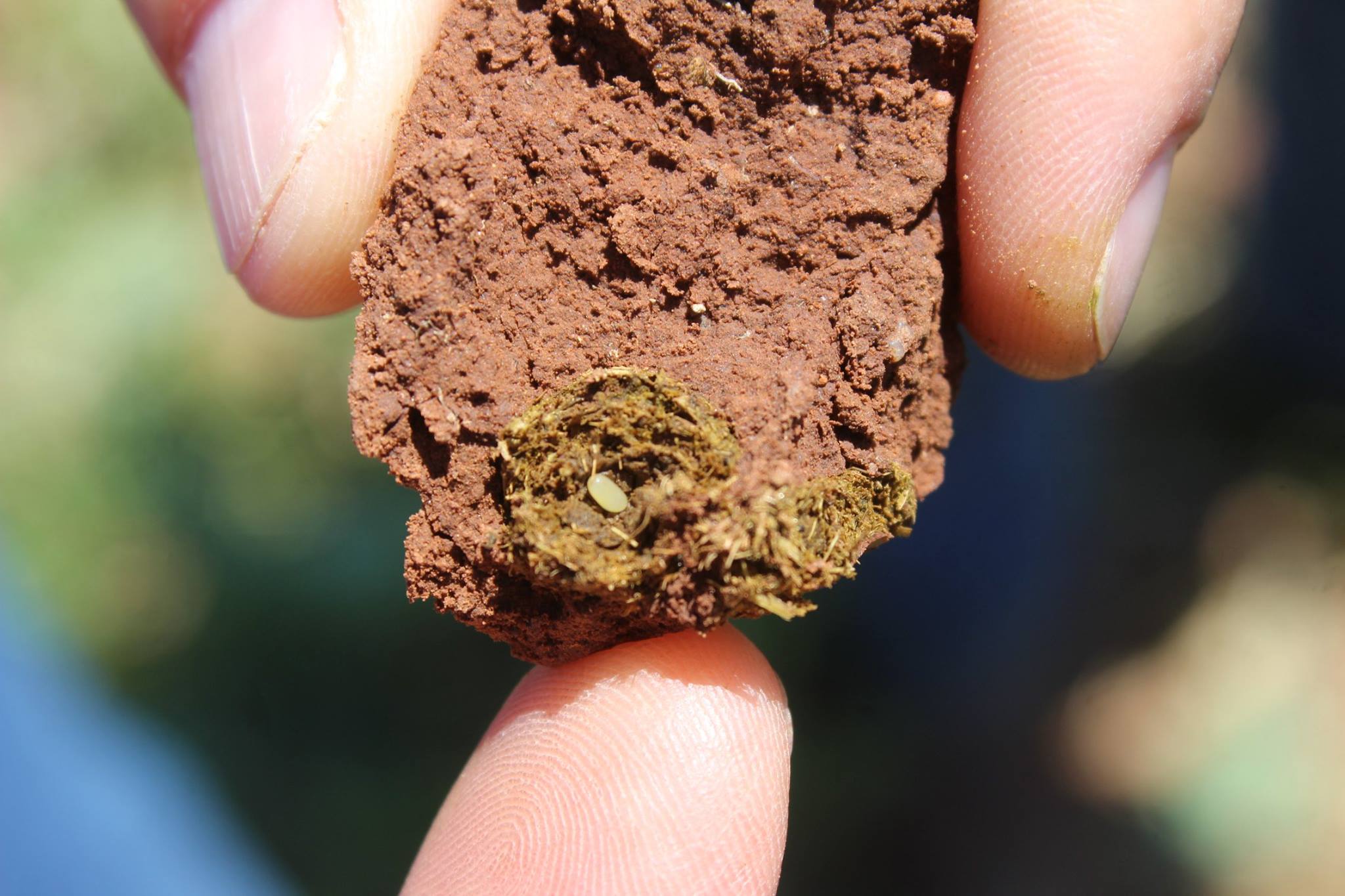 Range and pasture land make up around 27% of all the acres in the lower 48 states. Typically in the Midwest, rangeland only exists because the topography is too steep or rough to farm.  It’s also safe to say that many re-established pastures are around because the soils are no longer productive enough for growing cash crops. Through Adaptive Grazing Management and high stock density grazing, we can begin to improve our range and pasture soils that have been neglected. As you move forward with the Adaptive Grazing Management system, there are a few things that are not commonly mentioned that you will want to consider, such as your worming program effecting dung beetles, grazing methods to avoid parasites, and plants that provide natural dewormers.

Different worming programs in livestock can affect the improvement of your soils and may be why you’re not seeing improvements as quickly as others claim. Ivermectin, or better known as Ivomec, is a common dewormer used in livestock, especially cattle. Ivermectin is part of a group of compounds with strong anthelmintic properties, referred to as avermectins; in which, all avermectins are derived from the bacteria Streptomyces avermitilis. Other avermectins include the active ingredients Doramectin (Dectomax) and Eprinomectin (Long Range) . All of these avermectins are highly toxic to dung beetle larvae.

Dung Beetles and their Benefits

Dung beetles are a crucial part of the ecosystem by distributing and burying dung. Through burial of dung, less nitrogen is volatilized into the atmosphere, fly populations are decreased, and water infiltration is improved. Studies have shown that a healthy population of dung beetles can reduce horn flies by 95 %, reduced populations of intestinal parasitic nematodes by 75 % to 93 % and subsequently reduce fly-transmitted diseases and intestinal parasitic nematode infections. Also, nutrients from the manure become more readily available to plants because of the burial and degradation of manure in the soil. When exposed manure degrades slowly, cattle can avoid the area around the manure for up to 2 years, which reduces the area for grazing.

With healthy populations of dung beetles,  water infiltration is greatly increased within a pasture, especially with tunneling dung beetles. Tunneling dung beetles will build tunnels down to 6-10 inches in the soil profile, creating an ideal passage way for heavy rains to infiltrate the soil. By improving water infiltration in pastures, the soil and plants become more resilient to short drought periods. With all of the benefits combined from dung beetles, studies have shown a total potential benefit of $2 billion annually to US farmers and ranchers. While Ivermectin, Doramectin, and Eprinomectin aren’t the only products on the market that have shown toxicity to dung beetles, they are some of the most toxic. The chart below shows the relative toxicity levels of active ingredients to dung beetles that are used in current dewormers.

Keep in mind toxicity doesn’t just occur from certain active ingredients but is also dose-related. For example, if you were to use moxidectin (cydectin) and IGR in minerals, you would be closer to toxic thresholds, for dung beetles, than when using either one separately. It’s also not recommended to use partial dosages, as it is more likely to increase resistance in parasites. Be sure to read the label of your product to apply proper dosage.

Maybe you want to eliminate dewormers completely from your operation? There are several options within the grazing system to also limit internal parasite infestation. One way to limit internal parasites is to not graze your livestock below 6 inches on any type of forage, because 95% of internal parasites are located on the bottom 6 inches of the plants. Based on this rule of thumb, several introduced grasses would not be ideal for this scenario, such as Bermuda grass and Fescue dominant pastures. Controlling the height of grazing is much easier in a high density grazing scenario as animals are competing for the closest bite of forage before grazing closer to the ground.  In a continuous grazing system, livestock will return to previously grazed areas first, because the new leaves are the most palatable, and animals are at a higher risk for infestation from internal parasites when this occurs. Another alternative to dewormers involves adding forbs into the grazing system. Many forbs, that contain tannins, show similar anthelmintic properties as dewormers. A few of the plants that are used in a perennial or a grazing system are plantain, chicory, sainfoin, dandelions, mints, etc. If you are using annual forages in a cropping system there are other plants that also work as dewormers other than perennial or biennial species. For example, the raw seeds of: pumpkins, squash, okra, cucumbers, and watermelon, all contain anthelmintic properties and have been used as natural dewormers in the past. These plants also contain high amounts of vitamins and minerals to maintain a healthy immune system. Feel free to add a few pounds of these species the next time you plant a forage mix! If you are eliminating your worming program completely, there may be a few animals that chronically have parasites and will need to be continuously treated. This occurs when we use more preventive treatment for parasites, rather than reactive treatment for animals. When using preventive treatments, we cannot select herd genetics that have natural tolerances against parasites. With reactive treating, we can either cull livestock that are prone to parasites, or at least not keep their offspring for building the herd. Sometimes it may not be just genetics either; it may be that certain animals just aren’t selecting the correct plants that are beneficial for their health. Either way, these animals will be higher maintenance than the rest of the herd and could be hosts for a parasite outbreak.