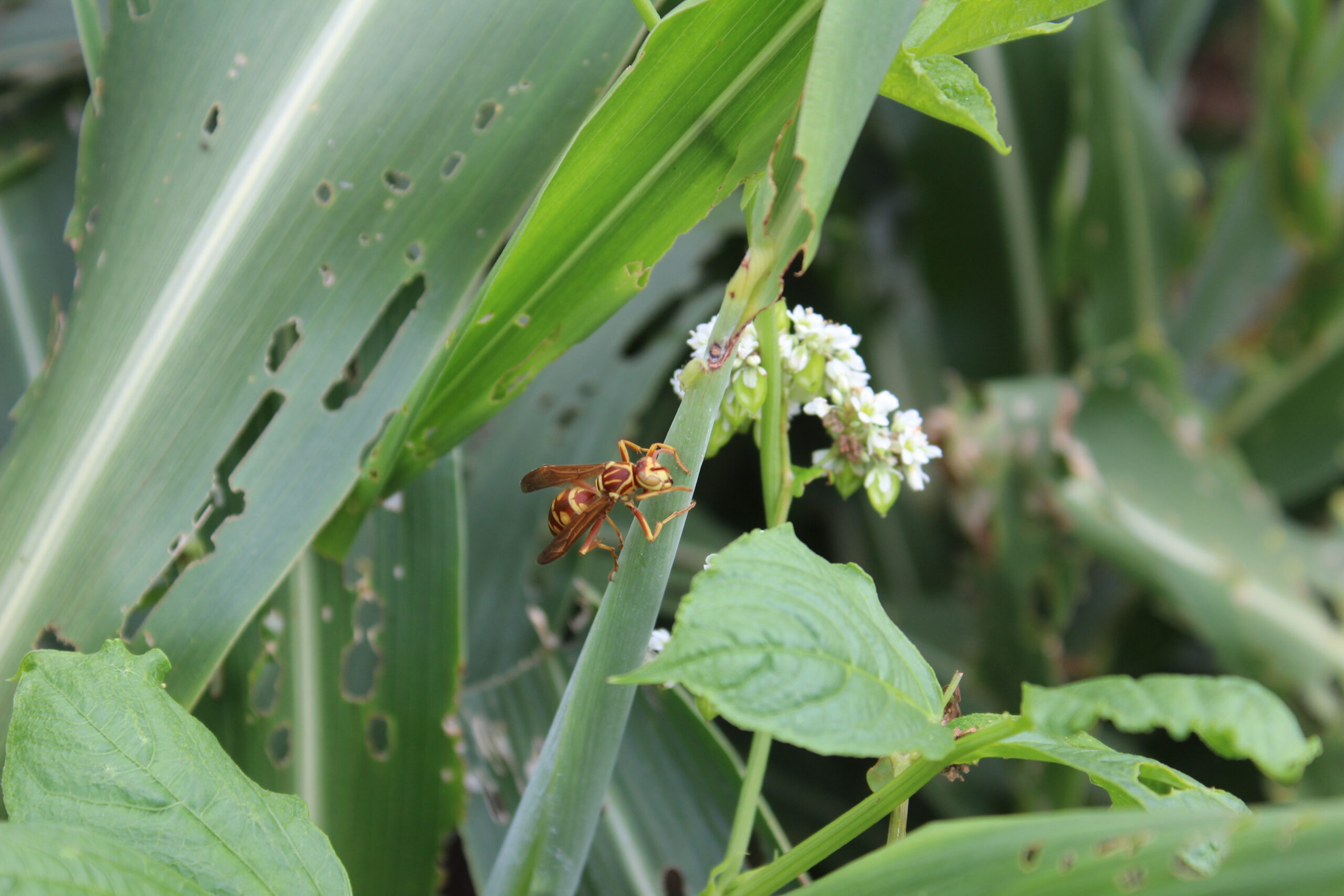 Armyworms are notorious pests in the south, especially in the fall, on early cereal pasture or the lush regrowth on Bermuda grass. Rather than spraying a pesticide to winters cereals and pasture each year, we look at alternative methods to help negate these problems. Lee Wayne Stepp from Comanche Oklahoma has pointed out he had little to no armyworm pressure in the fall of 2017 on his wheat pasture that followed a diverse summer cover crop mix. While we have also heard this from several other producers, we cannot guarantee that there may not be future armyworm issues as we are beginning to watch this closer. Paper wasps are a common predator on all caterpillars including armyworms.

For every pest insect there are 1700 other beneficial insects; however, tendencies are to focus only on the pest. Armyworms have several natural predators that can help build resilience before the problem actually occurs. Birds are probably the most thought of predator, especially upland game birds such as quail. Birds typically show up after the problem is already at large. In order to attract birds, other insects must be attracted to the area through diversity of plants. Of these insects, you will also be able to attract beneficial insects as they too need other insects and nectar to survive on. Some of predator insects include but not limited to robber flies, paper wasps, trichogramma wasps, and ladybugs. In summer cover crops, some species to consider for flowering and attracting insects are; buckwheat, sunflowers, cowpeas, flax, and sunn hemp. In a perennial scenario, such as Bermuda pasture, there may be more difficulty adding diversity as it greatly reduces your ability to spray weeds. However some of these broadleaves we spray out are also beneficial in attracting beneficial insects in late summer when it is a crucial army worm time frame. These broadleaves include, snow- on- the- mountain, wild sunflowers, and velvet leaf guara are all beneficial in attracting many insects in late summer. The biggest challenge when cutting back your herbicide program is how you manage the grazing to control the weeds. By utilizing more of the adaptive grazing techniques, we can control weeds through grazing and trampling, thus allowing for cutting back on the herbicides. For attraction of insects from early summer through the middle of summer in a perennial scenario, utilizing certain species may include; crimson clover, red clover, alfalfa, hubam sweet clover, yellow sweet clover, hairy vetch, and chicory to attract beneficial insects. For the best results, attempt to keep flowering plants blooming all through the growing season for maximum beneficial attraction. For more information about building resilience against armyworms in forage, contact brett@greencoverseed.com.