By Dale StricklerOctober 1, 2020No Comments 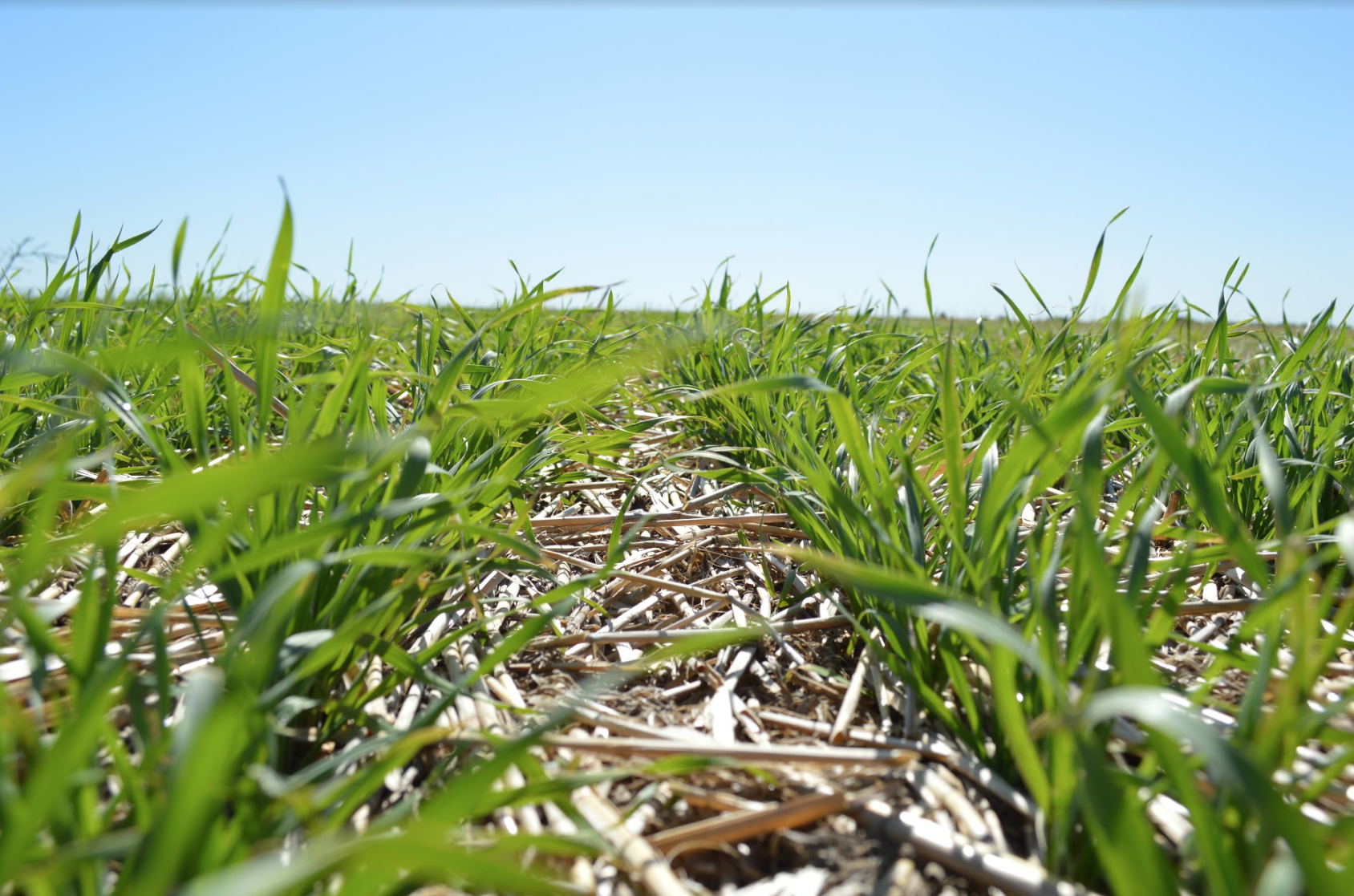 Remember when we thought Roundup Ready crops were the answer to all our weed control problems, and we could have perfectly clean crop fields with an application or two of cheap glyphosate? Now it seems glyphosate controls only a few weeds, and we have more weed problems than ever. It also seems we need to keep buying more and more expensive genetically engineered crop seeds that are resistant to more and more herbicides every year just to stay on top of the weeds. It seems we are locked into a never-ending arms race against weeds, and every year we need to dig deeper into our pockets for new chemical solutions and for the seeds genetically engineered to resist these new herbicides.

However, you can take a step in the next few weeks to greatly simplify your weed control in next years corn, soybeans or sorghum that does not involve new herbicides or treated seed; rather, it involves planting a winter annual cover crop to create a habitat in which problem weeds simply cannot thrive.

One very good example is the use of a fall-planted, small-grain-based cover crop such as rye, triticale, or winter barley to control pigweeds in a crop of soybeans. You are probably wondering, does this actually do a good job of controlling weeds, and if so, just how does this work? As it turns out, it is actually quite effective, and there are several mechanisms by which the weeds are suppressed by the cover crop.

Pigweeds have very small seeds that contain only a small amount of energy per seed, enough to produce a sprout about three quarters of an inch high. If a pigweed seedling does not reach sunlight before it expends all its energy to produce this ¾ inch tall seedling, it will die of starvation. If the cover crop residue is thick enough that it prevents the seedlings from reaching sunlight, it can provide excellent control of emerging seedlings. Since soybeans have very large seeds, they contain more than sufficient energy to grow through a thick mulch.

A second mechanism that a small grain cover crop provides is called allelopathy, in which the residue contains chemical compounds that suppress the growth of weeds, like a natural herbicide.  Rye contains three known allelopathic chemicals; one is called hydroxamic acid, the other two are benzoxazinoids (known by the acronym of their chemical structures, DIBOA and BOA) that have a similar structure to dicamba. Barley has a chemical called hordeum that suppresses weeds, and since triticale is a hybrid of wheat and rye, it contains a lower level of the rye allelopathic compounds.

The third mechanism, however, is probably the most powerful, and that is the cover crop simply taking up all the leftover nitrogen in the soil and sequestering it into its stalks and leaves, unavailable for the growth of weeds. Most crop weeds in general, and pigweeds in particular, thrive in soils with high levels of nitrate, and have difficulty growing in soils without abundant nitrate.  Soybeans, on the other hand, can grow just fine in low nitrogen soils because they are a legume and can simply make their own nitrogen.  This may not kill the weeds outright, but it can severely stunt their growth and make them completely noncompetitive until the crop can canopy over them and shade them out.

All these mechanisms work best when the soybeans are planted into the cover crop residue without tillage.  The allelopathy and nitrogen sequestration can still provide some weed control benefits in a tilled situation, but the mulch effect on weed control (as well as for water and soil conservation) are also lost.

In addition to the weed control benefits, a small grain cover crop can provide spring pasture, and can reduce soil erosion, increase the infiltration of rainfall, increase soil organic matter, and reduce evaporation of soil moisture.  All in all, a small grain cover crop ahead of soybeans can greatly improve the bottom line for your crop. For more information, contact Dale Strickler at 785-614-2031 or Green Cover Seed location in Iola Kansas 620-363-0653, or the Green Cover Seed headquarters in Bladen Nebraska 402-469-6784.