Living Roots as Often as Possible 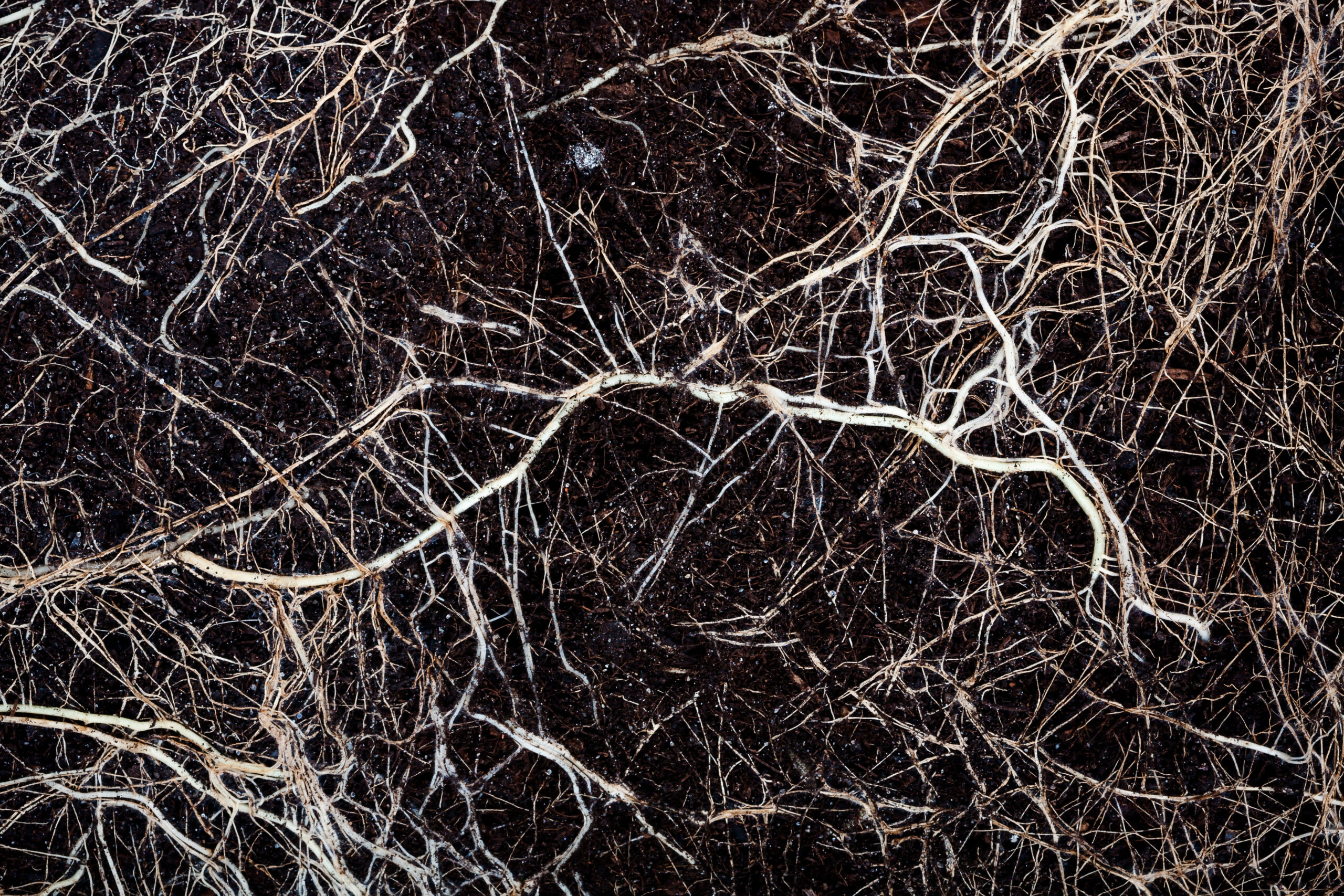 There are many sources of food in the soil that feed the soil food web, but there is no better food than the sugars exuded by living roots. Our perennial grasslands consist of cool season grasses, warm season grasses, and flowering forbs. Consequently, adaptable plants are able to grow during the cool spring and fall weather, as well as the summer heat, allowing for a continual live plant feeding carbon exudates to the soil food web during the entire growing season. Our cropland systems typically grow cool or warm season annual cash crops, which have a dormant period before planting and/or after harvest.

Soil organisms feed on sugar from living plant roots first. Next, they feed on dead plant roots, followed by aboveground crop residues, such as straw, chaff, husks, stalks, flowers, and leaves. Lastly, they feed on the humic organic matter in the soil. Healthy soil is dependent upon how well the soil food web is fed. Providing plenty of easily accessible food to soil microbes helps them cycle nutrient that plants need to grow. When production agriculture began, we converted our grasslands from 50-100 perennial species per acre into a single annual crop. These diverse species of perennial plants had a lot of root exudates, which provided year-round food to the soil food web. With an annual monoculture cropping system came a long fallow period in the spring before planting, followed by another long period of fallow after harvest in the fall.

I used to think cover crops were important, but now I think they are essential because cover crops are able to fill in the dormant fallow period and provide the missing live root exudate, which is the primary food source for the soil food web. A properly fed soil food web will produce biotic glue compounds like glomalin that are key to building stable soil aggregates. A well-aggregated soil has more pore space and thus can both infiltrate and store significantly higher amounts of water.

Cover crops are game changers as they produce an extra influx of carbon which is also an influx of food for the soil biology. The goal is more root mass with soil aggregates and ultimately more carbon. Cover crops may be incorporated into a cropping system as annuals, biennials, or perennials. Starting on a small acre scale will allow farmers and ranchers to find the best fit for their operation.

Jay is a Jay Fuhrer is a soil specialist with the Natural Resources Conservation Service, in Bismarck, ND. Growing up on a small grain and livestock farm, Jay’s interests have always centered on agriculture. Jay emphasizes Soil Health as a foundation for cropping systems, grazing systems, cover crops, soil biology, pollinators, insects, wildlife, and quality of life. In addition, Jay uses cover crops and livestock integration to connect the cropping and grazing systems together, raising the soil health bar even higher.